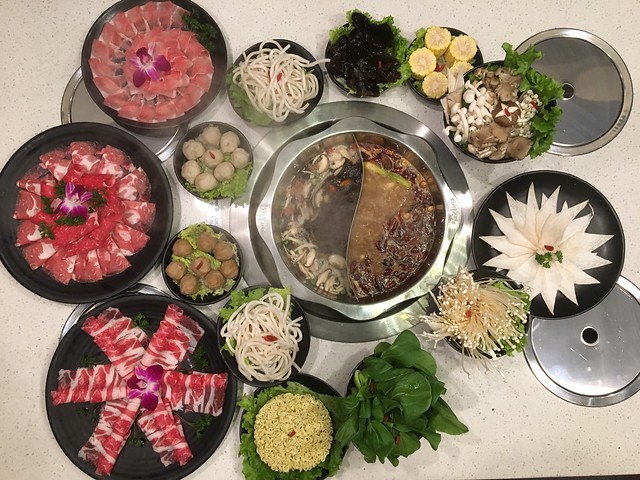 There’s (almost) absolutely nothing more that I love during the winter (or just when I’m in need of some hearty comfort food) than hotpot. L and I used to make the trek to Gaitherburg (~40 min drive) for some… until our dreams were answered and one opened up FIFTEEN minutes from where we lived.

…and so enter Hot Pot Hero… our hero of the month!

We go to Kung Fu Tea quite often… and so during one of our visits, we saw an “Opening Soon” sign next door for a Hot Pot restaurant. It never said when they were opening so every time we were in the area, we would check… and after many visits, and months of patiently waiting… IT IS FINALLY OPEN!

*a quick disclaimer before this review.
Our review may be a little skewed as we informed the establishment that we were visiting and so the restaurant/management was made aware that we were there to check the place out and write a review. The assumption is the service and the food is always A+ and that we didn’t get too “much” special treatment…

…but so anyways… continuing…

Our friends got there before us, and after announcing that they were with us, they were led to a private room by the co-owner Frank. The private room had ~8 seats so I’m assuming it’s reserved for big parties. They also had a TV in there… could possibly be for karaoke? If so, how awesome would that be??

Once we got there, we got some A+ service from Frank, the manager, and various other people. We were given complimentary plum juice (we all thought tasted like BBQ sauce but to each their own) as well as lamb skewers (which was one of my FAVORITES). Not entirely sure what it was marinated with but I do remember a mention of cumin, so that’s probably what made it so TASTY. ORDER THAT, for a legit appetizer. 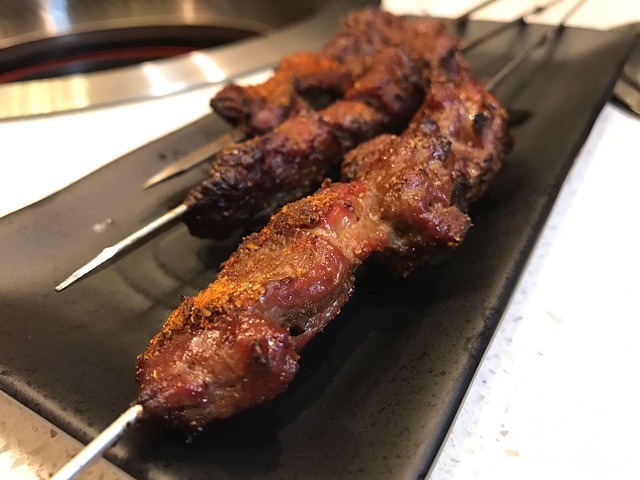 We were given the menu, similar to something you’ll get at a sushi restaurant where you tally up what meats, broths, veggies, and other things you can cook in the hot pot. You have the option of doing family style (where everyone shares the same broth) or individual where you can have your own broth. We chose the “ying-yang” version in which it was family style but we got the option of choosing two different broths. We got the mushroom and very spicy broths. 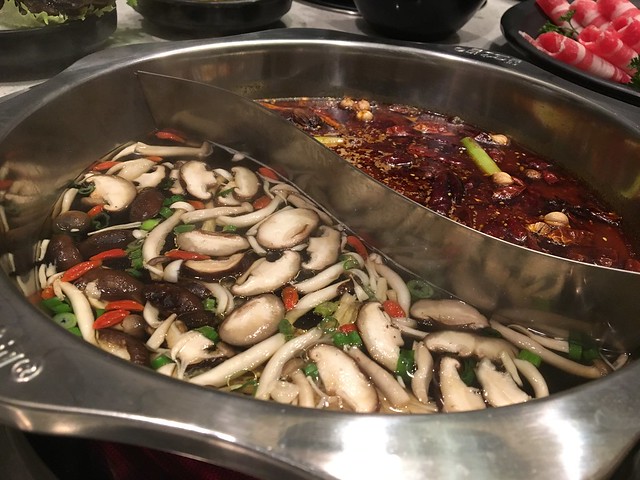 The broth was very flavorful and not at all watered down, which we all loved. And then… we ordered the world…from beef briskets to fish balls to bok choy to udon noodles to various mushrooms… THE OPTIONS WERE ENDLESS! (Check out the full menu here)

Outside of all the options you have, they also have a complimentary sauce/dipping bar that you can go to, to make your own dipping sauce. 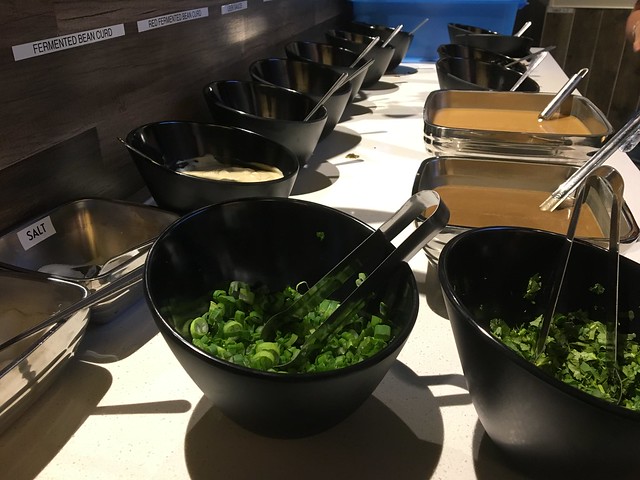 Frank was nice enough to make us the “house sauce” that is apparently very popular in China. Not sure what’s in it and I didn’t get to ask… but it definitely had some peanut sauce taste to it… 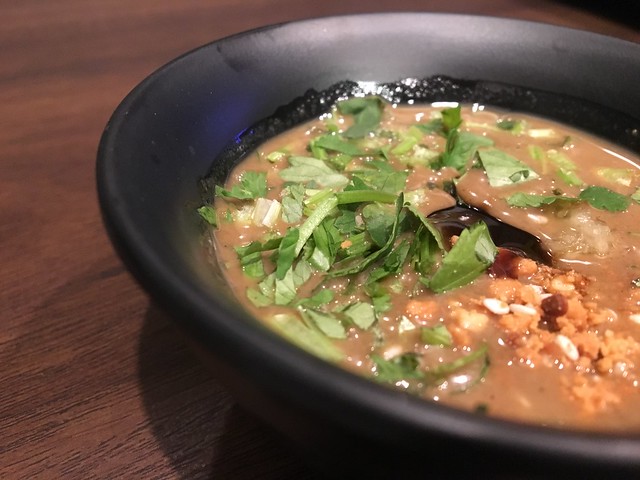 Overall, it was a great experience from the variety of options and A+ service. We loved the restaurant vibes and even more so the various superhero posters on the wall (Hot Pot Hero… get it?) The only downside we encountered was that we didn’t see any options for unlimited hot pot (which is what we’re used to) but it’s not a huge deal breaker since everything on the menu was really affordable. We ate as much as we usually do at a buffet style and still paid slightly less than we would if it were an all-you-can-eat pricing. Nevertheless, it was a great time to introduce one of our friends to hot pot, and from the looks of it, he enjoyed himself too!

…and on the plus side, Kung Fu Tea is right next door, so make sure you save some room for some delicious bubble tea to end your meal!

**special thanks to Frank and the management team for making us feel extra welcome!

From January 11-31, 2017, GET 10% off for checking in via Facebook or Yelp… or by doing a review on Google, Yelp, or Facebook. Show your phone to one of the servers to validate prior to paying!